This is a talk I gave yesterday at a conference entitled 3D Research: Dementia, delirium and Depression, in Stafford.

I was diagnosed with mixed dementia three and a bit years ago, aged 63. I had asked my gp to refer me in both of the previous two years, but he had refused on the grounds that there was no point because there was no treatment or cure. The third time my wife and I insisted.

Having an early diagnosis of young onset dementia made sense of my recent life. Increasing confusion, occasional disorientation, tripping on steps, forgetting things, being unable to see things in front of me when searching for them.

Having a diagnosis also meant that my wife and I could plan for later years, by doing powers of attorney and separating our bank accounts.

And we bought an elderly camper van and toured France one summer. Something we had originally planned to do after my wife’s retirement in a few years.

Most people don’t imagine I have dementia when we meet for short periods. I can have good conversations if I control the subject. I just find it hard to answer questions or comments I’m not expecting. I have to tune in to a subject to find it in my brain. I guess I’m finding new neural pathways, which takes time and effort and sometimes they don’t work. It can be very tiring.

Getting a diagnosis has also brought me to meet lots of new friends. I’m not the only person living with dementia to see it as a sort of blessing in disguise. At least in the earlier stages. We’re a bit of a community. We understand each other. We support each other.

I have started two peer support groups in Shropshire, under the flag of DEEP, the Dementia Empowerment and Engagement Project. There are nearly 90 of these groups around the country. They are usually small groups of people living with dementia, sometimes with family carers, sometimes without, who meet in a cafe or pub for a chat over a cup of tea or a pint. 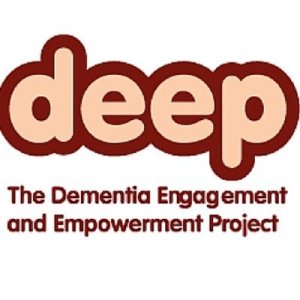 My preference is not to have family carers present. I have seen plenty of occasions when the person with dementia never gets to finish their sentence because the carer jumps in. Or when the carer makes the choice of drink or cake, on the grounds that “she always has that”.

And I have a lady who comes to our Shrewsbury group who after four meetings on her own now says whatever she wants, puts her own copious amounts of sugar in her coffee, and laughs a lot. And of course tells us that “he never lets me do that”.

We become very quickly disempowered and infantilised. We need time to get our thoughts out, and paper and pen to write things down before we forget them. We might spill things sometimes, but so do you. We might choose to wear some pretty wacky clothes, but what’s the harm? We might even eat unhealthy food! Well what on earth does it matter?

What matters is that we go on making our own choices, that we live as we choose. That we meet others, have a laugh, get on the bus, do what makes us smile.

Last week three good friends stayed with my wife and I for a few days. We had a staycation holiday at home. With three dogs as well. I’m still reflecting on how they saw me, and how I managed the situation.

I don’t have an image of myself as a person who’s confused or irritable, who needs to clear the decks. I wonder what others see when they are with me for days.

I didn’t manage the situation well. When your brain slows down, and parts really work pretty badly, it’s hard work processing the incoming data. The textbooks describe it as too much stimulation. To me it’s noise. Just noise.

I can cope with it for a day, maybe two. But then it just wells up and up.

Noise from emptying the dishwasher. Noise from dogs barking. The kitchen cluttered with glasses, wrappers, plates and food, when I’m trying to think through the sequence for cooking the meal.

And people saying things that I can’t quite catch because I’m not tuned in. And I have to ask “what was that?” Several times.

You know the glottlestop? That is a really undervalued part of language. When you’ve got failing hearing, and your brain can’t process stuff quickly, absence of glottelstop is a disaster. It turns English into a foreign language.

Same with plosives and sybillants. Words are no longer words, just sounds that I can’t cue into.

Forgotten becomes forgo…e. How much do you want becomes How mu d y wa.

And there is no finer way to irritate your partner than to continually ask her to repeat what she said. 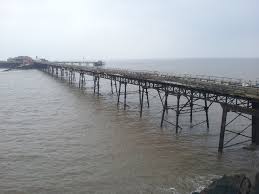 The biggest unmet need is for Peer Support. People living with early to moderate stage dementia get almost no support. I worked out a couple of years ago, for the NHS Citizen project, that no more than 5% of people living with dementia in the community get any real, meaningful support. They may be visited every few months by an outreach nurse, but that isn’t the support that makes their lives better. It’s more to do with risk management by risk averse mental health services.

Oh George, are you sure you should be doing that still? Perhaps you should do less now. Avoid getting tired. How do you find getting dressed? 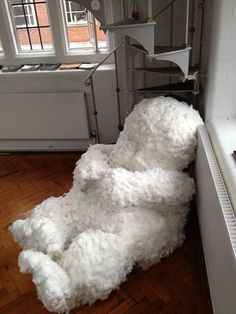 We want stage specific groups of our own choosing. In our everyday localities and communities. Meeting people who become friends who share our experiences.

We want to join in activities with everyone else. Go for walks or go singing with able people who have a little understanding but who treat us like just, well, people.

These things are not expensive to organise.

Lastly, I read more and more that people living with long term conditions should have an agreed, shared living plan. It’s actually usually called a care or management plan. 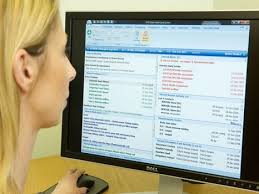 I asked my GP a while ago about this, and he turned the computer screen towards me. That’s it, he said, ie my summary Care record. My current medical conditions, medications and allergies. That is not a living plan.

My Community outreach nurse sometimes sends me a printed template document after our meetings which is called a plan. But I haven’t contributed to it. It’s what she has said.

When oh when are we going to put the person at the centre of everything we do?

When are you going to ask “what matters to me?”

It’s not just about memory! 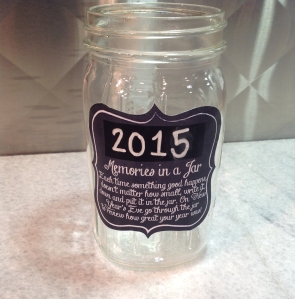 I and thousands of others run Dementia Friends information sessions where one of our key messages is that Dementia is not just about loss of memory.

We must stop perpetuating this myth. Everyone with a brain disease has different symptoms, different changed behaviours. It’s about disorientation, fatigue, word finding, sensory changes, visual confusion. It’s not just about memory.

Please please please change the name. I know you think people will be frightened if they are referred to a Dementia service. But we need to call dementia dementia, not hide it away.

We call cancer cancer nowadays, and people are a little less frightened of it.

Let’s get Dementia out there, so everyone knows about it. We need our communities to accept and understand dementia. And to enable people living with brain disease to continue to live as well as we can and however we choose. 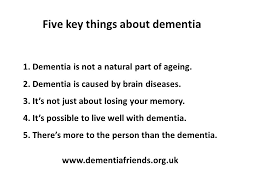