The theory of relativity is toast

I’ve been hearing a lot on the radio about Albert Einstein in recent weeks.
And I think I understand his general theory of relativity a little more than before.

It seems that e=mc2 is not really the key equation after all.

And that gravity is not as simple as appeals falling off trees to knock you out.

But one thing that remains unchanged is the general theory of relationships.

If you want to influence change you need relationships.

Helen Bevan at NHS IQ (sadly no longer) has written lots about social movements, networks, influencing change. And she’s a bit of a hero to me.

The way you bring about change that lasts is through your networks. Because of your relationships. Trust, equity, non-hierarchy. Just talking, thinking about ideas, exchanging stuff, experiences, what you’ve seen, heard, felt…

Doing this spreads your passion and your desire to bring about change. And it’s infectious.

If they see your passion and belief they buy into it. Into you.

People create change, often in tiny nudge steps, if they believe something is worth doing.

Not for the company, not for the profit, not even for their own pockets…

For its own sake. Because its right.

It’s different for everyone. But it makes change happen.

How big are your networks?

It’s not hard to reach a lot of people through a few with Twitter, Facebook, never mind meeting in person.

And that’s what we’re all doing to enable people to live well with dementia.

All those people I have met this year. At conferences, on Twitter, at local hospitals, across Shropshire and Telford, Wales, Scotland, England…

Keep talking, keep influencing…because it’s what we’re good at, and we can get people to follow us, to create change.

So what about the toast?

Some loaves a dense, some light.

And you know what?

The denser it is the longer it takes to toast and turn brown.

I can’t do the physics, but there really is theory there.

And whether it’s light and fluffy or dense and heavy, it still toasts in the end. Just takes longer.

We get change in the end. 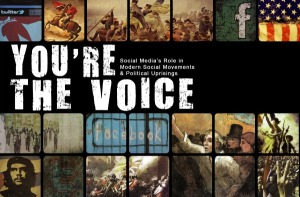 Up and down
Round and round
Boing

I watched an episode the other day. 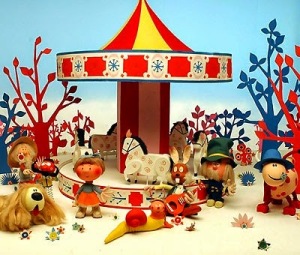 Well, I don’t know what’s happening to me but I too am going
Round and round
Up and down
Boing

You tell me…
Is this dementia?
Or is it just depression?
Or physical conditions beginning to get the better of me?

I’ve been busy this Autumn.
Speaking at conferences and events
Meeting lots of lovely inspiring people working for the same thing
Learning about the great innovations and simpler everyday things that make living with dementia
Better
Easier 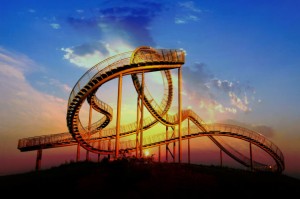 And now I’m burned up
Exhausted
Inverted
Staring in
Not feeling fed up, just nothing

I wonder if others feel like this at the end of the year?

And
Boing
We’re off again next month?

It’s like I lose my nerve now and then.
Imposter syndrome.
How could I be taken seriously?
I’m not an expert.
I’m just me.

Writing does that for me

When I was young I wrote self indulgent poetry
Diaries
Journals
And I wallowed.
They did something transformational at the time
And I grew a love of books, myth, poetry, language…

And I hope it’s not self indulgent, self pitying rubbish.

This is a simple, succinct quote on who’s got the problem in caring for or communicating with people with dementia, and if this point was taken seriously, and considered fully in the dementia sector, 90% of the so-called ‘challenging behaviours’ we are so negatively and glibly labelled with would probably never surface…

If you can’t understand us, and don’t take the time to work out how to communicate with us (that is your job, not ours), then no wonder so many with dementia end up displaying frustration, anger and eventually apathy and depression. If you were not listened to, and no-one bothered to try to understand you, you’d do the same…

END_OF_DOCUMENT_TOKEN_TO_BE_REPLACED

Two years ago a commissioner held a meeting of some stakeholders, inviting people from mainly voluntary organisations to suggest what a dementia strategy for Shropshire might look like.

We hadn’t then formed the Shropshire Dementia Action Alliance.

There were no people with dementia and carers present.

But the Health and Wellbeing Board wanted to declare a “Year of Dementia” in Shropshire, so it needed a strategy document.

The then commissioning lead for Dementia then sat at her desk and wrote our strategy.

(Oh. By the way, she had no experience of, or expertise in, Dementia.)

And from that wonderfully uninspiring document sprung an Action Plan.

Which was equally flat, retrospective, unimaginative, and uninformed.

So we had our Year of Dementia.

Well, it was the start of the national Dementia Friends thing, and I and others trained as champions and delivered some awareness sessions. Quite a few council staff were inducted through this.

And a pilot project was hatched to introduce some memory service staff into a handful of GP surgeries for a day a week, to help with information for newly diagnosed patients. Good idea but not innovative exactly.

The diagnosis rate in Shropshire was below 50%. As a result of the government initiative (dosh to GPs) this was raised to around 65% by the end of last year. (Now 70%.)

Note, this was the government, not the local council or CCG. There was nothing new from the people sitting around the table at the Health and Wellbeing Board.

Nothing else happened. No new resources. No new support.

In fact, the CCG CUT its funding of dementia services by 33% over three years during this period.

The council is being stripped by the government of the capacity to respond to care needs as well.

And the Year of Dementia was a resounding empty bucket.

Now, after a little influencing by Shropshire Dementia Action Alliance and others, Public Health here, bless them, have funded a project to renew the action plan. And of course, implicitly, the strategy. 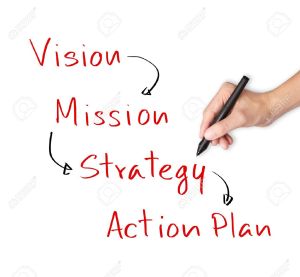 Seem the wrong way round? Well, yes, it is, but it’s “political”.

And the project is being run as a truly co-productive programme.

So I found myself last week at a young onset dementia and carer group, talking about services, what works, what would be better, helpful, truly supportive…

It was an absolutely fantastic session. Fun, thoughtful, provocative at times…and very lively. Put us together and you can’t shut us up!

If, of course, you want to.

So I am really hopeful that the three months’ work talking to people with dementia, carers, providers, clinicians, Shropshire Dementia Action Alliance…will result in a genuinely co-produced model.

Which the CCG will find it hard to destroy.

If, of course, it should it want to.

And then we’ll have progress. At last.

If, of course, commissioners understand the huge benefits of investing in support for people affected by dementia.

And if, of course, they are prepared to shift funding into what works for us, people living with dementia. 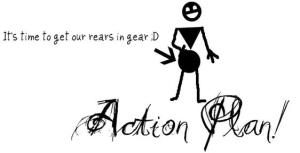 A touching blog about loss as dementia develops, loss of self and loss of mental agility.

One of the biggest challenges for me is letting go of the abilities I once had. Yes, I know it is easy to say, “but you can still do so many things”, but let me just say how devastating it is having to let go of functioning.

I am not talking about physical functioning, as I was and am very used to that happening. Needing reading glasses was the first major step towards that, and possibly giving up playing squash the second!

I’m okay about my hair going grey, I’m okay with my wrinkles that mean I have lived and loved, I’m even reasonably okay living with the ongoing chronic pain of severe arthritis and other chronic conditions.

Accepting that I can no longer manage medication, nor sometimes work out how to get dressed or make a cup of coffee is emotionally debilitating. My maths ability has been impaired for some…

This is always worth re-blogging and re-reading

This is a slightly revised and updated list of tips from the one I published here last week with 17 tips. The day after that I also wrote one called My dementia Trumpet call, explaining a little why I’d put together a list in the first place. Of course, there was some angst from a couple of people about some of my points, but overall, mostly consensus, especially by people living with dementia. If it is possible to positively impact the life of even one more person living with dementia, then it would not matter how many people without dementia had disagreed with me.

I presented this new list to two groups yesterday, one a group of professionals at a Diversity Forum in Ararat yesterday morning, and then to a group of mainly family carers and people with dementia at a YOD support group last night, as well as…